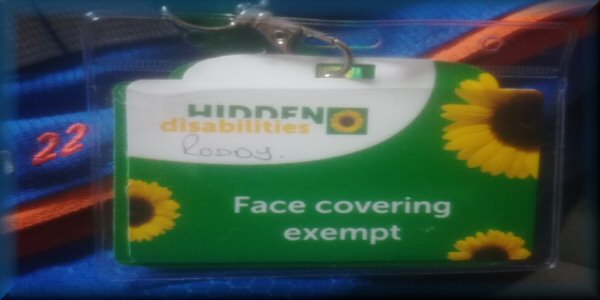 Severe measures hitting Scotland and the UK with the nonsensical use of face masks/covering in shops. The political agenda of the Scottish and UK governments are really playing games with this as a social engineering experiment.

The Covid-19 virus here in Scotland is virtually free with no deaths in the last 6 days, and the Scottish Government has mandated face masks/covering in supermarkets/shops with a 2-meter space.

The SG has opened pubs and restaurant with no face masks/covering and 1 meter spacing between people. This to me does not make sense, and it is not scientifically right and common-sense as gone out the window.

To go in a supermarket/shop now, the chances of getting the virus is minimal, if your cueing up and a certain amount of people entering the premises with a 2-meter distance is fine. But having a face masks/covering as well, does not make sense. Maybe 3 months ago when the virus was getting to its peak, it would have been wise to have the measures in place for shopping.

I read that places around the world are getting bigger spikes of infections and I feel inadequate face masks/covering won’t help, the need something that will hold 5 microns plus which is considered a droplet, which will spread if contacted.

The scary thing is that Pubs and restaurants are opening, with no need for a face masks/covering and a 1-meter distancing. You are more likely to get infected with a crowded setting like this. An aerosol transmission effect happens, which whisks up the droplets in to a spay with people chatting loud/laughing etc and the whole crowd gets infected!

The individual governments of the UK have broken this nation apart with the political point scoring, the leaders of this government need to open their eyes.

Boris Johnston causing confusion in his own party and forced to make many U turns on issues and here in Scotland having Nicola sturgeon desperate for independence trying to divide the UK. Her agenda close to treason trying to close the border between England and Scotland.

The vulnerable are most affected in this game, where disabled are stigmatized more, because they cannot wear face masks/covering. I have a brother in law down in England, he has asthma and is on the Autistic Spectrum, he has been verbally abused twice and with one guy threatening to beat him up for not wearing a mask on a bus.

My son who is nonverbal autistic and he has a badge to say he is disabled, and he needs to see my face as part of his communication. But people will look, and stare and maybe I will get confronted. But I do not want to take him out in case he gets upset.

But this radio station LBC “Leading Britain’s Conversation” with James O’Brien with a caller “frightened” for disabled people during “Draconian” times. Here at https://www.lbc.co.uk/radio/presenters/james-obrien/james-obrien-caller-frightened/

This caller shares the impact for families that have disabilities , I know one family where they have had to get shopping delivered being scared to go to shops with narrow minded people about, caused by the government.