What Christians and Churches need to know about Coronavirus. 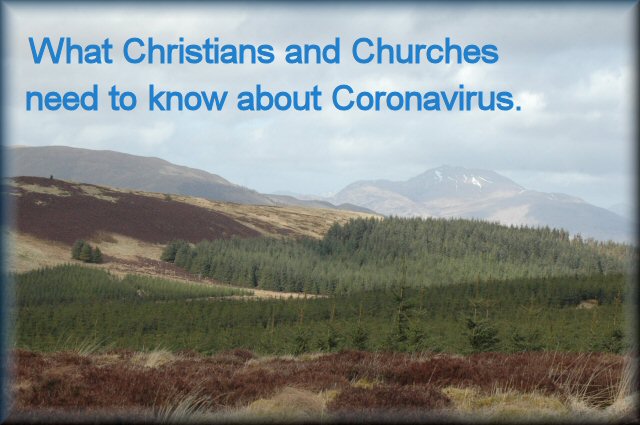 December 2019 in the city of Wuhan in Hubei province, china people were being admitted to hospital with signs of Pneumonia which were leading to people’s deaths. End of December a brave Doctor Li Wenliang shared the information to his colleagues that this Coronavirus was out of control and should wear protective clothing and this news spread through social media.

I usually listen to Tom Swarbrick of LBC Radio and every night the news that he was sharing was that the virus in Wuhan was getting worse.

The pressure of the world was getting to China and under pressure, China notified the WHO World Health Organization who couldn’t keep control of the people attending hospital and dying from respiratory issues.

Doctor Li said he was getting patients from the wholesale seafood market in Wuhan, who were showing symptoms of SARS which were quarantined. Wuhan market is known for its fancy food like bats, snakes and Pangolins (the scally ant eater creatures) etc Through eating of these creatures it is thought to of been the host for the Coronavirus.

Like here in Scotland lots of hill walkers get things called Ticks, they lurch onto the legs and suck on the blood and they can pass on Tick-bourse diseases. To remove them you need a special gadget or pointed tweezers and pull them out deep in the skin.

The Coronavirus – Covid-19 could have jumped from a bat and spread onto a Pangolin, snake etc and with them being eaten by humans, made them ill and had the symptoms of Pneumonia caused death especially weak ill people. Many believe that the creatures in the market were injected or contaminated by the Coronavirus from the government through a chemical laboratory nearby. It was to control the people of the city who were against the communist government.

It is very suspicious how Doctor Li died, and many think he was injected with the virus making it murder. He was detained by the police before his death to keep him quiet, this has happened before in 2004 with a SARs outbreak where Jiang Yanyong was detained for nearly two months in Beijing.

The Virus travels around the world.

The Coronavirus has spread worldwide with people traveling around the world visiting big cities. With most countries banning incoming flights, it seems that the UK is still taking some flights from abroad, and the scary thing is, they aren’t quarantining people for the two weeks, to make sure they aren’t carrying the virus.

I have heard that the queuing systems of social distances aren’t being followed in one of the airports in London and this seems scary for the spread of this virus, and it isn’t being contained.

Death rate varies from country to country with China being the worst effected, as I type this letter 03 April 2020 it seems that the city of Wuhan is coming out of its lockdown with cases of the virus being low. Also, I have heard other parts of China have some outbreaks of the virus, so this nation isn’t out of the woods yet.

Northern Italy has been hit bad with thousands, mostly elderly dead. This pandemic got worse when Chinese New Year happened, and Chinese families travelled home to their homeland with family to celebrate the festivities. But this was when the Virus had turned pandemic and people carried the virus back to Italy where it spread. It has been amazing to see the work of Samaritan Purse helping in some of the towns and planting the seed of salvation to that nation where the Church of Rome has its clutches on the people. I was shocked to hear the Pope that you don’t need a priest to ask for sins forgiven at this time. Gosh makes me sick, how the Church of Rome has led millions to the gates of Hell.

Spain has been drastically hit with many older people dying, such a beautiful country and I pray that the number of deaths drop and somehow these people can find Jesus in these hard times being under lockdown. Over 20 years ago I went on holiday to one of the Islands off the Spanish coast and took with me a dozen Spanish KJV translated Bibles to share and give out up at one of the Monastery that has the big statue of the Jesus, a massive false idol of the Church of Rome.

The USA is under panic especially New York with the Coronavirus running rapid through the city. I am glad the President has taking the situation seriously and I pray he will be guided truly by the scientist and not by the fake news of the media.

Here in the UK we have a similar set up like Germany which has a low number of deaths, they have contained older and people who have underline heath issues to their homes. Germany as also introduced social distancing which is working here in Scotland. But we see silly people about in groups, but the police are quick to disperse them.

I have heard India are really being hard handed on it people with people who are out on the street, they are being beaten up by the police by sticks, this isn’t humane and doesn’t bring respect to the police or the government. This nation need help and deeply with prayer, you can’t treat people like dogs to get respect.

South Korea has been on top of this situation where they have from day one had testing stations and are testing thousands a day and this has helped to keep number of deaths down, they are a nation of wearing masks because of past outbreaks such as SARS.

Who is most vulnerable?

It is the older person; they are at a high risk of death and they need to be protected. It is because the older you get the immune system get weaker, unless you’re a 70-year-old ultra-runner like a friend Mr Vernon and he is fit.

With no treatment for the Coronavirus, it is only your immune system that can fight this battle. My family, some of the kids are on the autism scale and susceptible to colds and the flu.

A few weeks back while listening to Tom Swarbrick, I knew the way he was speaking that things were going to get worse and he’s been a media champion in getting the truth out, to help save lives.

So, we managed to stock up on multi vitamins and vitamin C drinks and we have a chart on the fridge to make sure we have taken our daily meds. This is just to help build our immune systems, so that if we get the Coronavirus, that it will be mild on us.

It is interesting teenagers to people in the mid-40’s seems to just get the mild cold like symptoms for a week or so. Some don’t have the symptoms being asymptomatic, showing no symptoms, but some say they get a loss of sense of smell and taste.

The older you get, naturally the body starts a gradual deterioration of the immune system called immunosenescience. Imagine the risk of someone aged late 70’s to 90’s getting the Coronavirus, it is a tough battle for life, and prayer is the power in this, for the persons salvation and health.

The immune system of someone with cancer can weaken drastically if the cancer effects the bone marrow, the marrow helps the body fight infections. But I have seen with my parents and with nursing my Uncle up on the Isle of Lewis, I have seen the treatments they have undertaken to fight the cancer, they weaken the immune system. People with cancer are at high risk and need quarantined for at least 3 months until this pandemic is over.

The person with breathing and heart problems etc.

Breathing issues and heart problems are a big problem here in the UK, these people need to be kept protected indoors and quarantined because their bodies will be in danger, because the Coronavirus will lead to Pneumonia.

The term high risk issues is mentioned about the news, it comes under people who have chronic health issues, people having cancer treatment, bone marrow cancer like leukaemia etc, lung conditions like cystic fibrosis or severe asthma etc, taking medication that makes you susceptible to infection, pregnant women are at risk, diabetics and people who smoke because the lungs are damaged by nicotine.

Catching Coronavirus, the symptoms are fever, coughing and breathing difficulties.

When you cough or sneeze you produce droplets, like a spit spray. The spit must be bigger than 5 microns to be considered a droplet and this carries the virus from an infected person. When you cough or sneeze the droplets, they fly out in cone fan shaped spray and can cover up to 2 meters. You get infected when you inhale through your nose and mouth and even your eyes through the mucus membrane.

When you sneeze or have a runny nose, we tend to wipe the snot and spray from our nose with our hand. With your hand now with the infected germs it can be transferred by handshake or holding hands.

Also, when you sneeze or cough nearby surfaces like tables, doors handles, gates or keyboards etc. I have a local walk I go on sometimes, the walk is part of the John Muir Way and Three Loches Way. There are few gates about, wooden and metal. On my walks I have seen people opening them and after not wiping their hands or sanitising them. The Coronavirus on someone can leave the virus on the handle and with the metal the virus can last for a few hours. People need to think and be careful and wash hands constantly.

The aerosol transmission effect is a dangerous and what is happening in a lot of crowded spaces and especially in churches that are still holding meetings without a care of this pandemic. People are not following government guidelines to keep social distancing and to stay in their own homes.

People are meeting in home groups of 10 or more and this close space is suicide and whoever is leading this Pastor or homeowner should be done for murder.

Imagine the congregation sitting or standing beside each other praying, worshiping and sharing the Lords Supper. If one person is infected, think about the number of droplets being sprayed out.

With people sitting hearing the preaching, praying, singing worshiping for an hour or two, imagine the droplets being sprayed about around the room.

The louder you are singing the further you will spit, and the droplets will go further than 2 meters. When a droplet does this it shrinks, it is less than 5 microns and turns into a finer spray being an aerosol. Its like a deodorant spray it is very light and floats with staying in the air.

The Coronavirus will go further than 2 meters and people will get infected. Therefore, church and small group meetings need to stop, its suicide.

Unless the people meeting up, are wearing face masks, safety glasses or face shields and protective gloves. I’m not sure what they are trying to prove but it is just silly.

Conclusion of this all.

Churches are being very imaginative, by hosting services online with just the Pastor preaching, people are using Sermon Audio or live stream from websites or Facebook etc.

Also, people with no internet a CD ministry should be used more by posting out CD’s or small data sticks that have mp3’s on them.

Be careful folk don’t get caught in the mainstream media frenzy, be in the Bible and on your knees praying.